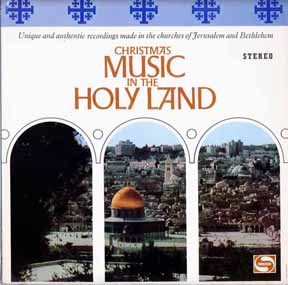 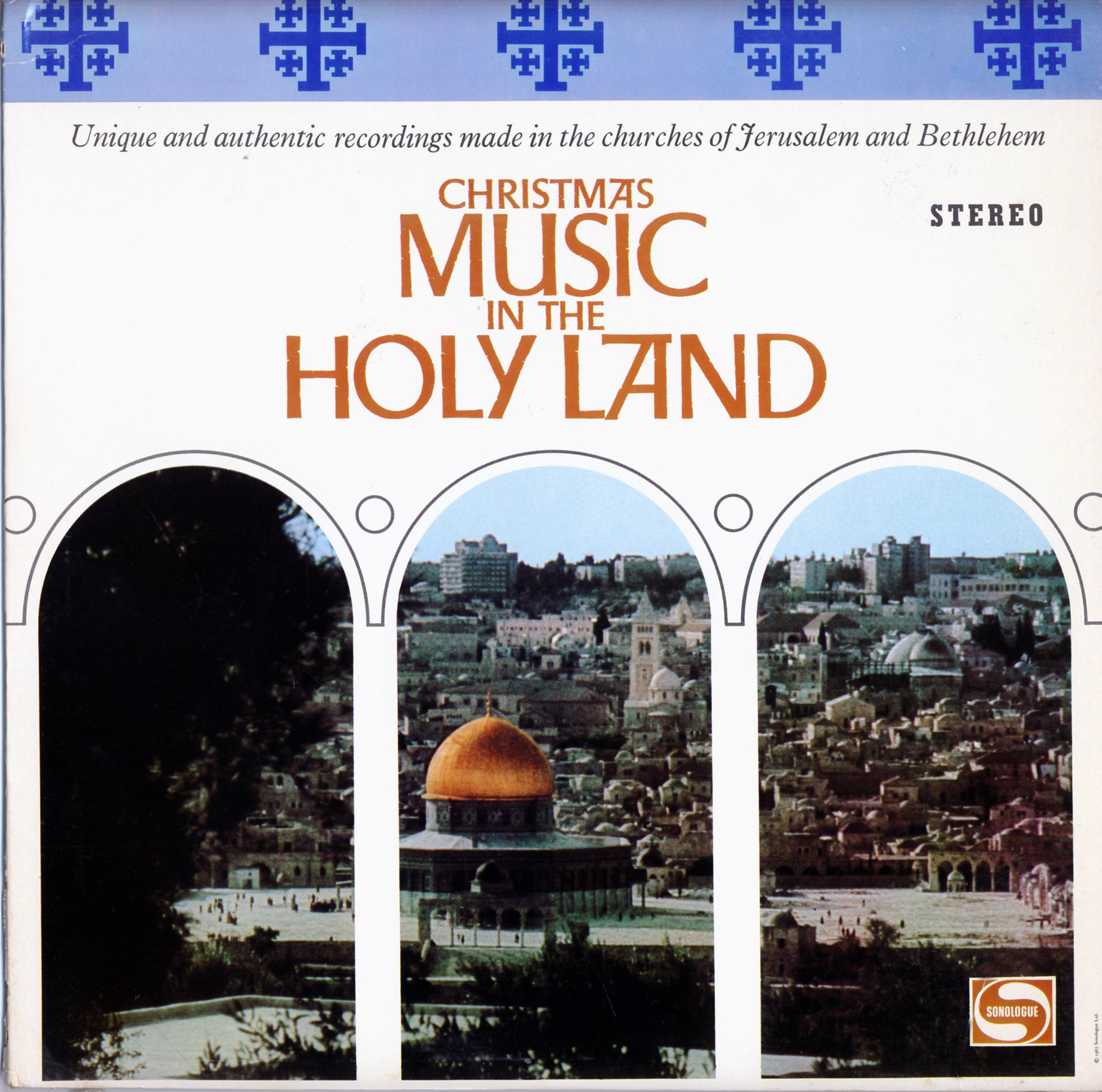 Bells of the Lutheran Church of the Redeemer. The Church is in the Muristan area of the Old City of Jerusalem, close to the Holy Sepulchre.

Jesus Is All the World to Me (The soloist is Loucend Kouyounian, an American girl, pupil of this Bethlehem blind girls' school)

Organ Voluntary (from the Chapel of the Sisters of Sion)

The Midnight Mass at Bethlehem (in St Catherine's Basilica, adjoining the Church of the Nativity)

Bells of the Church of the Holy Sepulchre, Jerusalem. These bells serve always as a reminder that Western ceremonies are but one aspect of Christmas in the Holy Land. Most of the Orthodox Churches, including the Greeks -- custodians of many shrines -- celebrate it on January 6.

The Gospel Story. For many Arab Christians among Greek Orthodox congregations, the liturgy is, of course, in Arabic. From St. George's Church, Bethlehem.)

The Holy Family. Part of the Grande Doxologie. Priests of the White Fathers' Seminary, at St. Anne's Crusader Church, by the Pool of Bethesda. They are Greek Catholics, but follow the Orthodox liturgy.

Holy, Holy, God Almighty. From the Christmas Mass, sung by the Coptic Patriarchate Choir, Jerusalem. In the indigenous churches of the Middle East, ritual and liturgy have changed but little from the early centuries of Christianity.

Bells of the Russian Convent on the Mount of Olives. The convent's gothic belltower dominates the skyline on top of the Mount, near the Place of the Ascension. The bells are rung by the nuns.

A Christian Hymn (Sung in Old Slavonic by the Buns of the Russian Convent.

The Gospel. in Syriac (Peshitta Translation). Choir of the Syrian Church of St. Mark, in Jerusalem. Syriac is akin to Aramaic, the language of Jesus and the Disciples.

Saviour of the World, Born Today (Monks of the Deir el Habashi, the Abyssinian Monastery, in Jerusalem. Their small, African-type huts nestle in close to the Holy Sepulchre. Their music, too, in its rhythm, reveals its African origin. Their sixth-century chant is in Gheez, classical language of the ancient kingdom of Ethiopia.

The Magnificat and Today Is Christmas. Combined choirs of the 12th-century Armenian Cathedral of St. James and the Armenian Semniary. Thechurch stands on the site where, according to tradition, Herod Agrippa "killed James, the brother of John, with the sword." St. James's preserves the splendor of Byzantium; incense, silver lamps suspended from the soaring dome, rich carpets covering the glagstones. The Aremenians in Jerusalem celebrate Christmas last of all, on January 18.

We have purchased a number of copies of all the records we sell.  We have created CDs and MP3s of excellent quality using multiple recordings from the records we've purchased.  You will find the quality of our CDs to be superb.  In order to abide by copyright laws, we offer for sale records with the CDs and MP3s for our customers who do not already own the vinyl lps.  If you, like me, have held on to your records, you need only buy the CDs.  You already have a copyright obtained when you bought the records; therefore, copyright laws allow you to have a transfer copy of the original recording your purchased.

Sample Image of our CD

(Your CD will of course have the artwork and song listing for the album you purchase.) 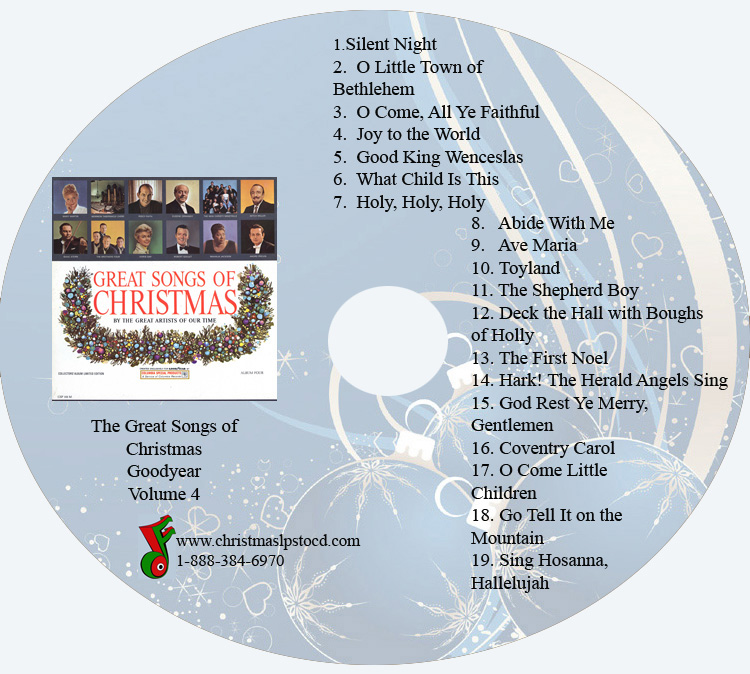 (Your jewel case will of course have the artwork for the album you purchase.) 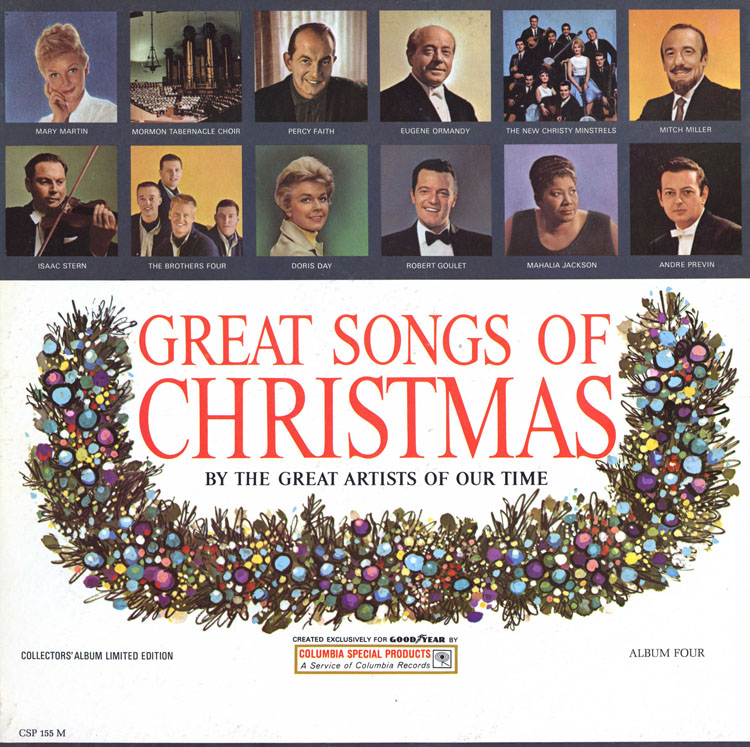 Sample Image of our Jewel Case Back Cover

(Your jewel case will of course have the song listing for the album you purchase.) 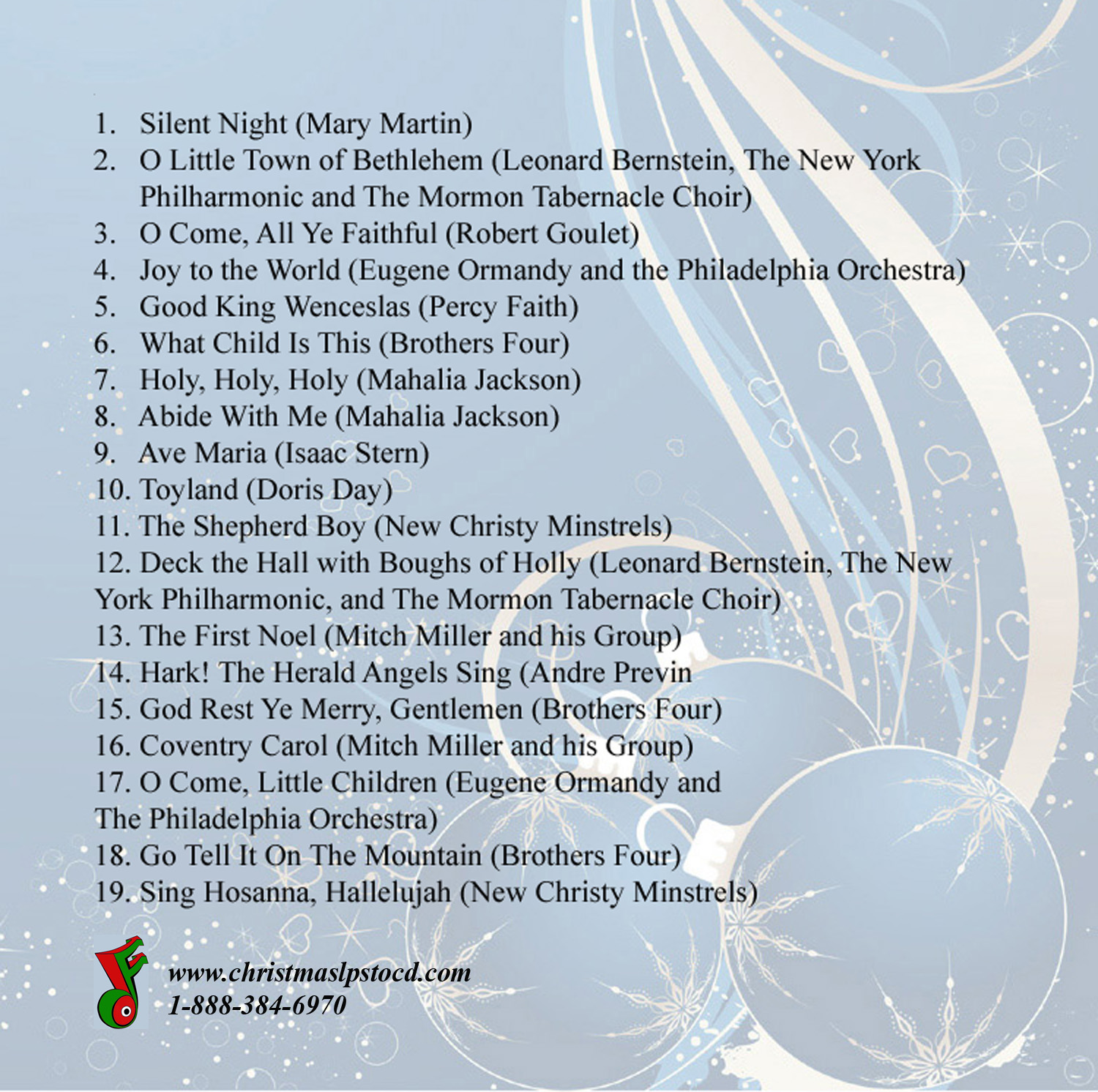 Image of our Jewel Case Side Spine

(Both side spines are printed in this way.)

In most cases, we ship same day if your order is received by 3:00pm Eastern Time. Our standard shipping carrier is the United States Postal Service for both domestic and international orders. The method of shipping (i.e. express mail, priority mail, first class mail, or media mail) may vary, but you will receive your order within the time frame you select at check-out.

Our standard shipping price is six dollars per order regardless of size for domestic US orders. International Shipping varies depending on country, shipping method, etc. We have built a shipping infrastructure that assures your product will ship the same day we receive the order, will be packaged so that it arrives to you safely, and will arrive quickly. Our standard shipping price pays not only the actual shipping costs, but also supports that infrastructure. If you choose the standard shipping option, your order will likely be shipped using US Postal Service's Media Mail option unless we are within seven days of Christmas. We do not use media mail services within seven days of Christmas because media mail is given the lowest priority by the US Postal Service and is the least reliable of their services as far as arriving on or before the post office estimated delivery date.

We understand that the flat shipping rate is more favorable to those customers with larger orders than it is to those with smaller orders. We have concluded, though, that it is a fair way to price our shipping since each order is handled with the same speed and care.

Several shipping options are available. You will choose your shipping option at check-out.  Also, at check-out, you have the option to edit the delivery address if you wish to have your products shipped to an address that differs from your billing address.

When will my package be shipped?

What carrier do you use?

We ship most orders by United States Postal Service, though we do occassionally ship with UPS, FedEx, or other carriers.

Do you ship outside the U.S.?

We ship all over the world. With the exception of Antartica, we have shipped to every continent on the globe.

How long will it take for my order to be delivered?

Can I have my order shipped to a different delivery address?

Yes. During the checkout process, you will have the option to change the delivery address for your order. You can enter one or multiple alternate addresses.

Don't take our word for it. Listen yourself!

Below, you will find sound samples from several of our CDs. In addition, many of our product listings feature sound samples as well.

Carols and Candlelight by Goodyear

Christmas Is by Goodyear

Home for the Holidays by Firestone

Joyous Songs of Christmas by Goodyear

Mancini Moods at Christmastime by Goodyear

Many Moods of Christmas by Goodyear

Why Buy A Record?

Why Do I Have To Own A Record or Tape?

We probably get this question more than any other.  We specialize in Christmas recordings that have not been released by the record companies on CDs.  We obtain (purchase) several vinyl record copies of each recording we sell and use those albums to create a very good digital transfer.

Transferring analog material to digital formats has been our full-time business since 2004. Since we began, we have had a strict policy to follow copyright laws.  We are not in the business of piracy.  The original record or tape sold by the record company provides the owner of that recording the right to transfer or to own a transfer of the audio in any format he chooses.  For instance, if you, like I bought a record in 1975 and then transferred it to cassette tape, you were not breaking the copyright law.  You had a right to do that because you owned the record that had been sold by the record company.

The same situation applies to our CDs and MP3s.  If you own a record or tape that was originally produced and sold by the record company, you have a right to own a CD transfer or MP3 of that record or tape.  Most of our customers still own their well-worn, lovingly played LPs. They just can't play them anymore.  For those people, there is no need to purchase a record with your CD or MP3.  You already own an original, so you have the right to own a CD transfer or MP3. For those who don't have a record or tape, we offer for sale with your CD or MP3 a record.

If you have any questions about this policy, please feel free to call us.  We're happy to help and hope that you appreciate our desire to follow US copyright laws. 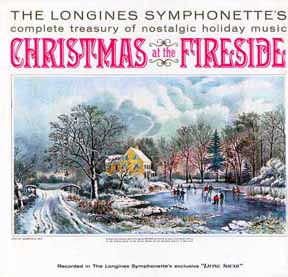 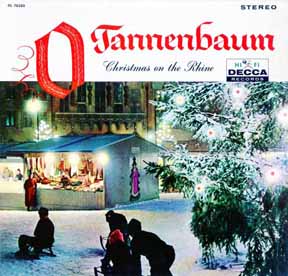 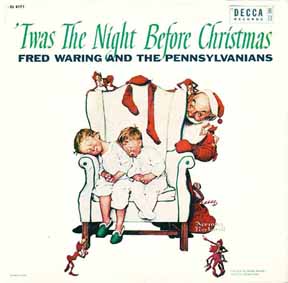 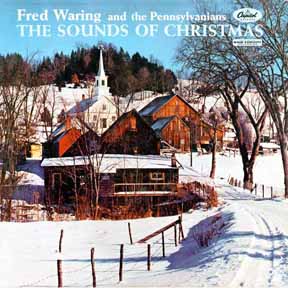 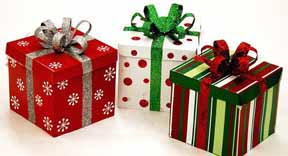 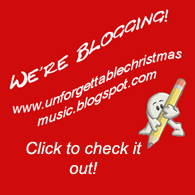 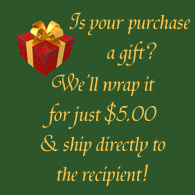